Omicron was supposed to derail the economic recovery but January employment data suggest otherwise.  The Employment Situation Summary, affectionately known as "The Jobs Report," for January estimates job gains of 567,000 in January, far exceeding expectations.  The graph below shows nonfarm employment since January 2012. 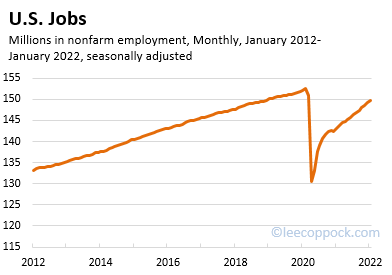 As a benchmark, a good month of labor market growth is about 200,000 new jobs a month.  Economists were worried that January might come in at less than 200,000.  However, even with this strong growth, total jobs in the U.S. are still well below the pre-COVID peak of  152.5 million in February 2020.

The labor force participation rate (LFPR) also increased in January - up to 62.2% from 61.9%. And while this also remains well below the pre-COVID highs (see graph below), it is certainly good to see more people entering the labor force. 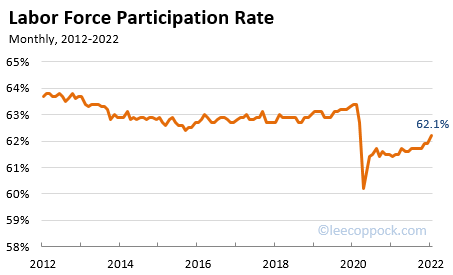 Finally, the unemployment rate (graphed below) actually ticked up slightly to 4.0% in January. 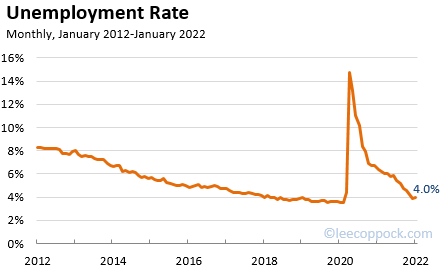 Posted at 10:43 AM in Unemployment | Permalink