The latest Consumer Price Index (CPI) report from the Bureau of Labor Statistics (BLS) shows very little estimated inflation  - just 0.1 percent in August.  Over the past year, the CPI increased just 1.76 percent, in line with recent history of 2% or less. 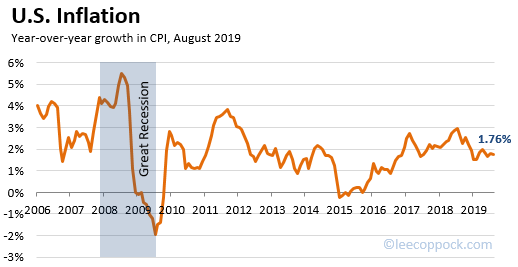 But remember that the CPI is an aggregate statistic and includes prices of typical U.S. consumers. When the inflation rate is 2%, many prices rise faster than 2% and many prices even fall.  The table below shows the change in selected prices over the past year in the United States. 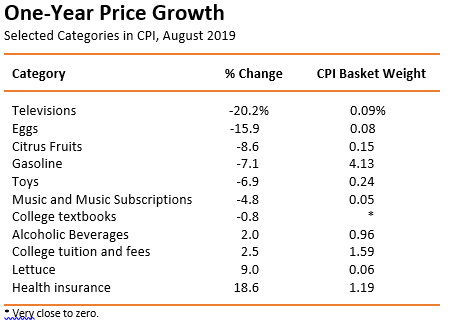 College tuition and fees increased just 2.5% and textbook prices were actually flat.  Gasoline prices fell over the course of the year and gasoline spending takes up about 4% of the typical consumer budget.

Not All Jobs Are Created Equal

The unemployment rate remained at the historically low 3.7 percent in August, according to the jobs report released today by the BLS. 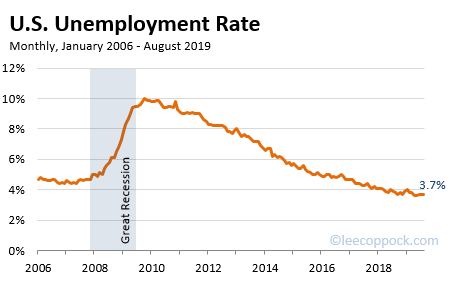 This good news is somewhat dampened by the apparent slowing of private sector hiring.  While 130,000 new jobs were added in August (by this first estimate), part of this is due to temporary government hiring of 25,000 workers for the 2020 Census.  The graph below shows monthly changes in nonfarm employment since 2016. 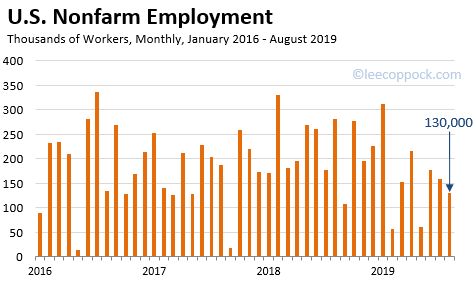