This morning, the Bureau of Labor Statistics released the Employment Situation Report for March. After the huge increase in nonfarm payroll employment in February (+326K), the economy added only 103,000 jobs this past month. Despite that, the unemployment rate remained at 4.1% for the sixth straight month. 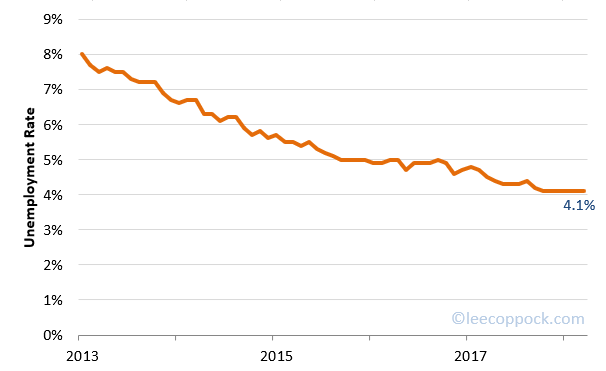