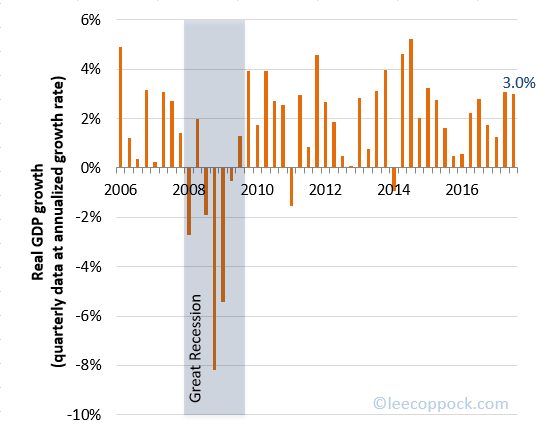 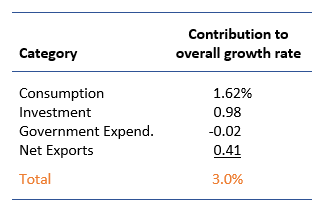 Consumer prices in the U.S. rose 2.2% over the past year, according to the latest Consumer Price Index (CPI) data released today by the BLS.  While inflation hovered around 1% for much of 2016, 2% seems to be the new normal in 2017. 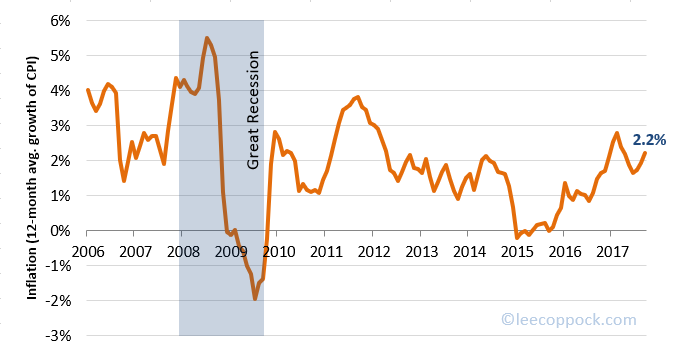 The CPI was up 0.5% in September alone, with about half of this due to the 13.1% increase in gas prices.  We spend a lot on gasoline (about one out of every thirty dollars for the typical consumer).  Hurricanes Harvey and Irma are certainly to blame for much of the rise in gas prices because they caused the closure of many refineries.

The table below offers some examples of goods or services with price increases and decreases in September. 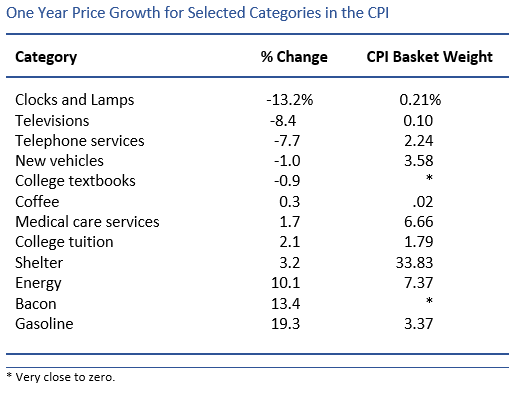 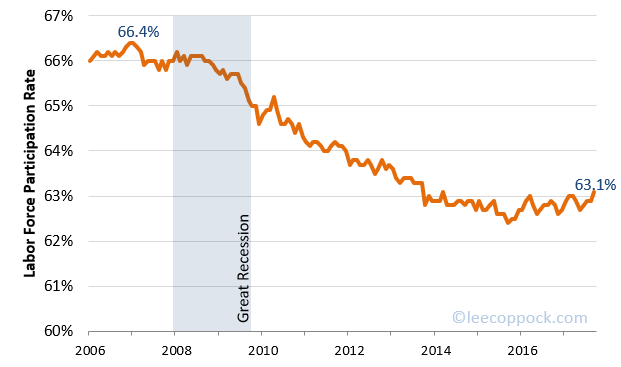 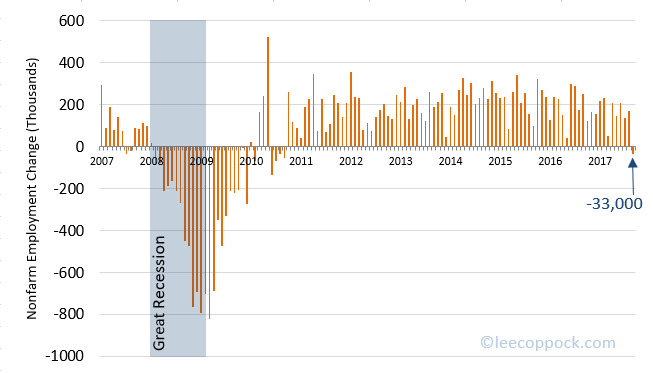