Rising gas prices pushed up the Consumer Price Index (CPI) in October.  However, year-over year, gas prices were essentially constant.  In addition, overall inflation over the past year was still just 1.6%. 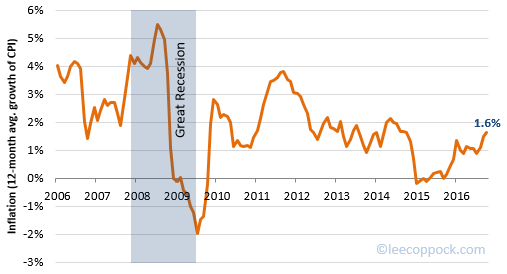 The table below shows changes in selected goods and services over the past year.  Notice that egg prices continue to drop drastically, but they make up a very small portion (0.1 %) of a typical consumer's budget.  Shelter (housing) prices rose 3.5% in the past year and these account for about a third (33.4%) of a typical consumers spending.   This continues the trend that began in 2010, following the decline in housing prices in the wake of the Great Recession. 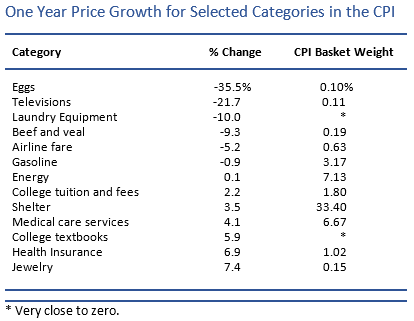 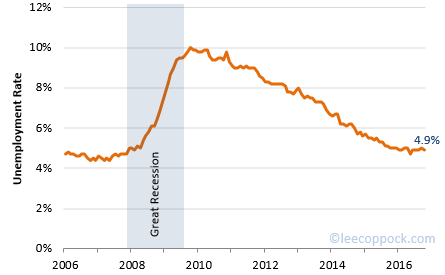 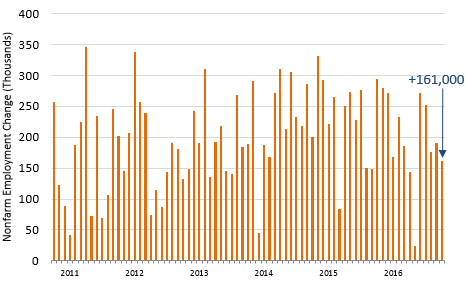