Real GDP growth is finally ticking up toward the long run average again.  The BEA released it's first (Advance) GDP estimate for the third quarter.  The estimate of real GDP growth came in at 2.9%, which is the highest level in two full years but still below a long run (50-year) average of 3 percent. 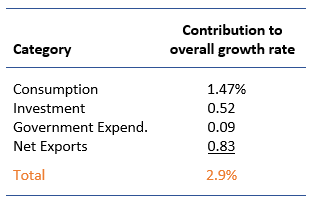 Last Friday, the BLS released their latest jobs report which includes estimates of the unemployment rate and labor force participation rate (LFPR) for September.  The unemployment rate ticked up slightly to 5.0 percent which is essentially where it has been for the past year.  Nonfarm payroll employment, the most closely watched aggregate jobs figure, rose by 156,000 in September. 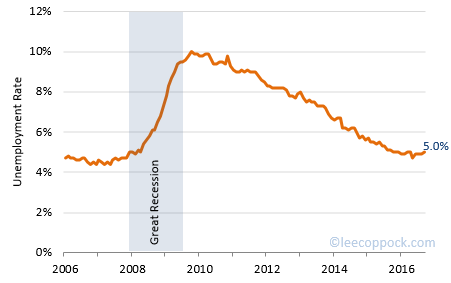 The potential good news from the past few reports is that the LFPR may have finally bottomed out.  In September, the LFPR ticked up to 62.9%, which is up from just 62.4% one year ago. 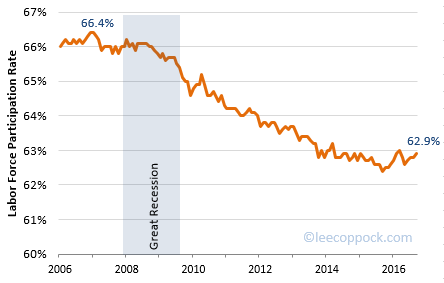