The latest GDP release from the BEA estimates that U.S.real GDP grew at 1.5% in the third quarter of 2015.  This is just a mediocre growth rate but revisions to second quarter data have now increased the final growth estimate to a robust 3.9 percent. 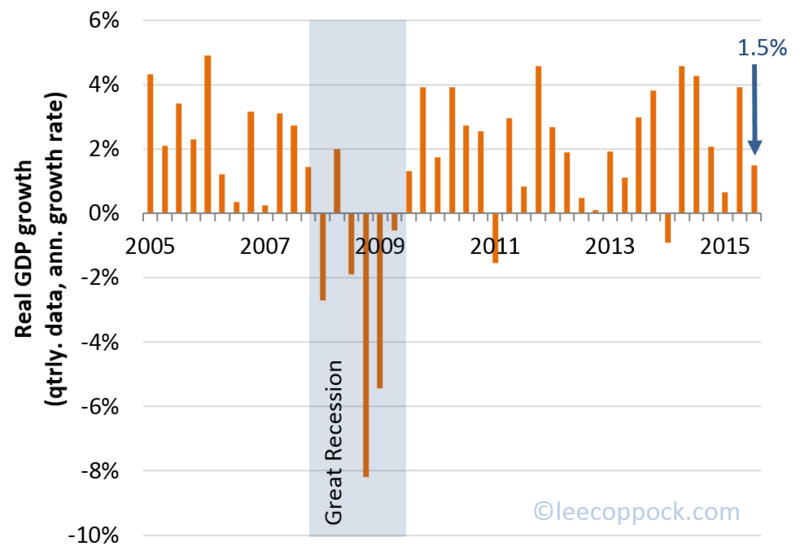 Posted at 04:59 AM in Aggregate Demand and Aggregate Supply, Economic Growth, GDP | Permalink