Today, the BEA released their  first (Advance) GDP estimate for the second quarter of 2015, estimating real GDP growth of 2.3%.  These figures will be revised over the next few months, but for now, they indicate positive but pedestrian growth below the long-run historical average of 3%.  The graph below shows quarterly real GDP growth since the beginning of 2004. 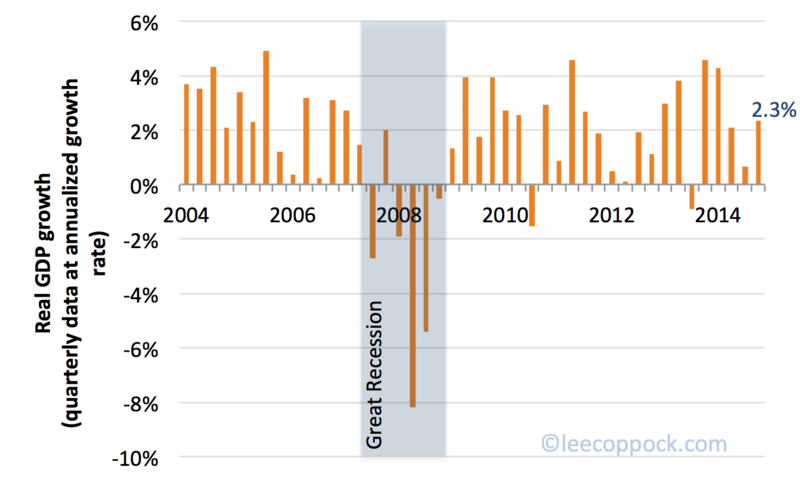 The big news is that the growth estimates for the first quarter of this year were revised up to +0.6% from -0.2%.  This means that the economy has had positive growth now for over a year.

The table below shows the contributions of each of the four major pieces of GDP: 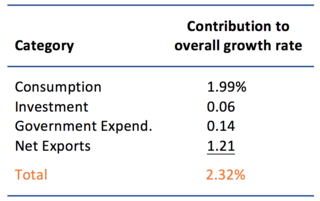 For the first time since last December, the CPI is above it's level from twelve months earlier.  The latest CPI estimates from the Bureau of Labor Statistics show an increase of 0.3% in June, and 0.1% over the year.

The graph below shows 12-month CPI changes since 2006. 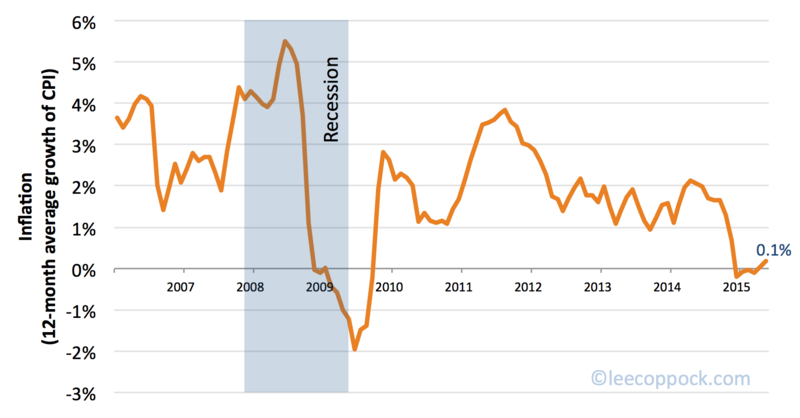 You might recall that the CPI has fallen for most of 2015, largely due to declines in gasoline prices.
In fact, 2015 has seen gasoline prices on quite a roller-coaster ride  - decreasing by by 18.7 % in January, increasing by 10.4% in May, and by 3.4 % in June. Given the large volatility  food and energy, core CPI is calculated omitting those prices - and core CPI increased by 1.8 % over the past twelve months.
The food index rose by 0.3 % in June, which may not seem that much - but some individual foods have experienced significant price rises. Let's hope you put more than eggs in your shopping basket, because eggs have experienced their largest increase since August 1973, up 18.3% in June alone. This egg price spike the product of simple supply and demand economics: the avian flu has caused a chicken shortage.
The table below lists some examples of prices that moved positively and negatively over the past twelve months. 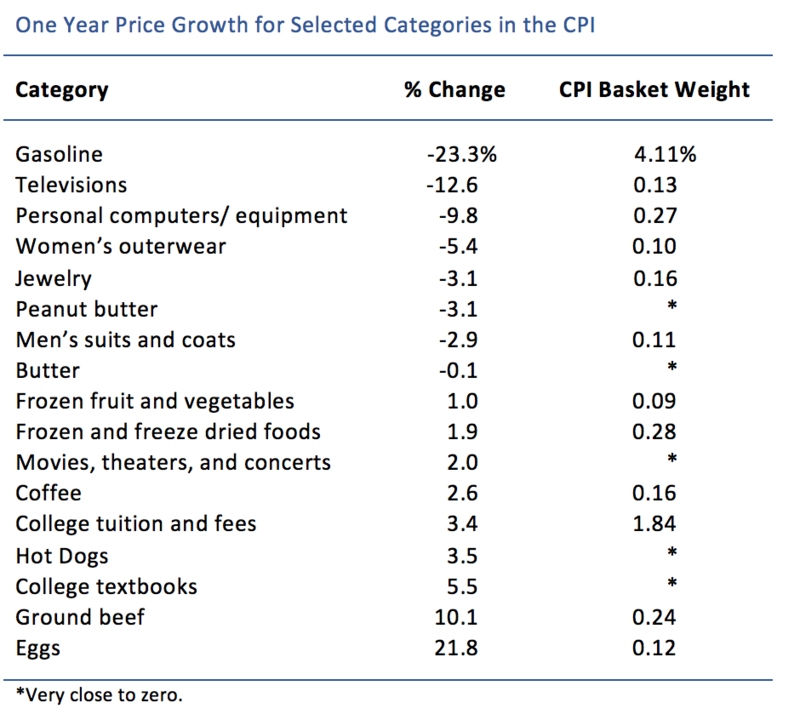