The BLS released the March jobs report today and I think the news is positive. Even though the unemployment rate did not fall, it did hold steady at 6.7%. 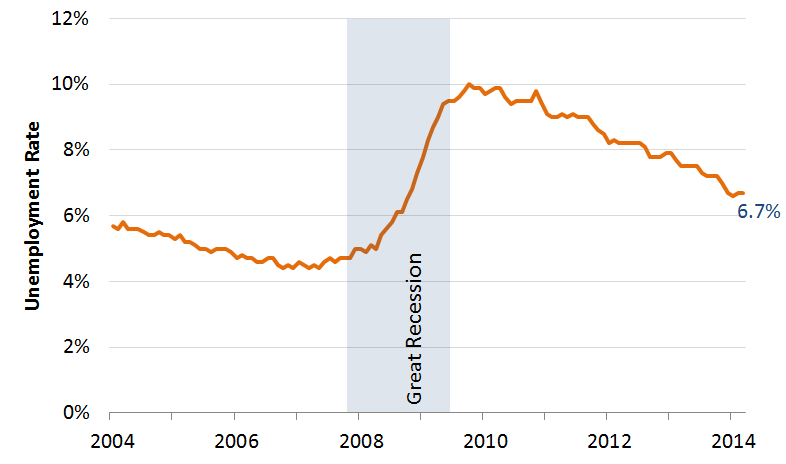 I see two pieces of good news in this report.  First, 192,000 new jobs were created in March.  This, along with a total of 37,000 jobs added as revisions to estimates for January and February, means three solid months of jobs growth, averaging 178,000 new jobs over this period. 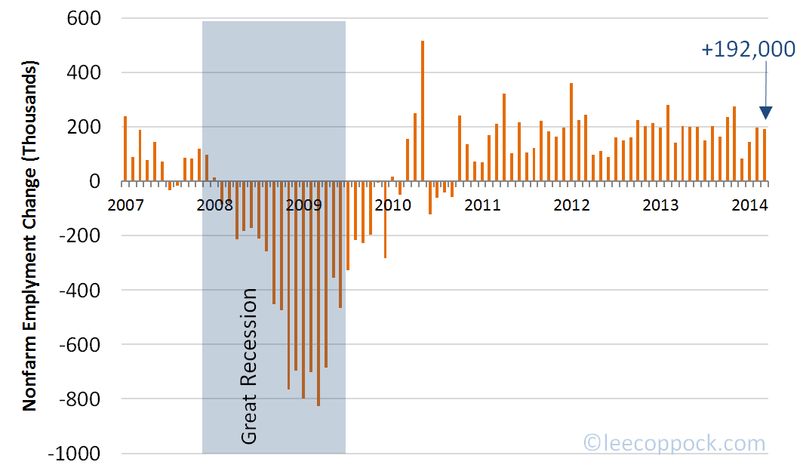 The second piece of good news is the (moderate) rise in the labor force participation rate, which is now up to 63.2% (up from 62.8% in December).

All in all, these are the kind of reports we need if the unemployment rate is going to fall back down to a reasonable, natural rate of around 5%.

Posted at 09:32 AM in Unemployment | Permalink