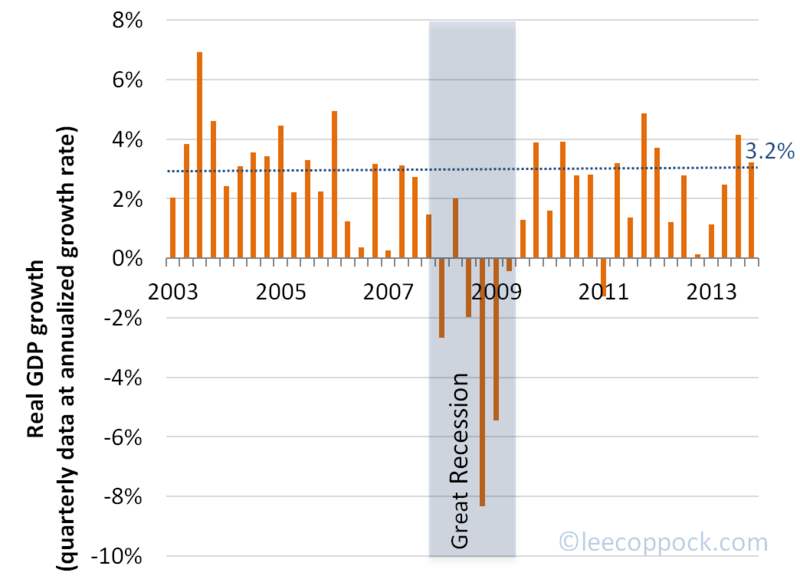 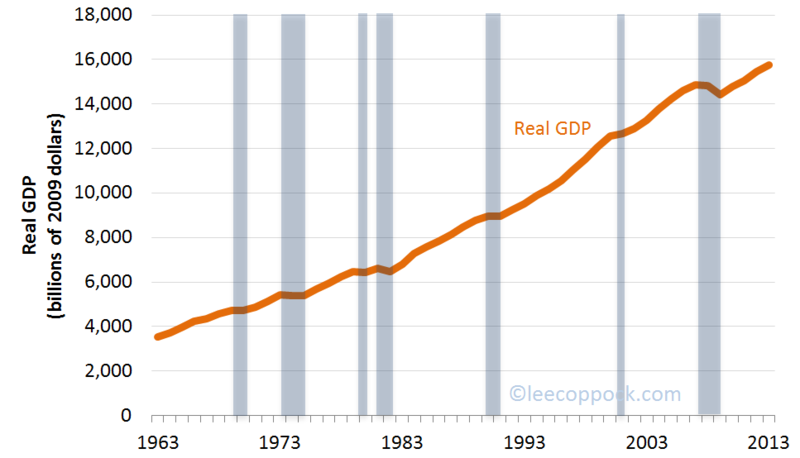 Marijuana and the Money Multiplier

Half of the U.S. states have now decriminalized or legalized marijuana for medicinal or recreational uses.  However, as Serge Kovaleski reports in The New York Times, legal marijuana businesses in these states cannot open bank accounts to store their funds, or offer credit and debit card transactions.  So, for now, all transactions are in cash (currency).

Banks are reluctant to open accounts for marijuana businesses because they fear federal government laws.  That's right: it's still a federal crime to sell, possess or use marijuana.

The limitations have created unique burdens for legal marijuana business owners. They pay employees with envelopes of cash. They haul Chipotle and Nordstrom bags containing thousands of dollars in $10 and $20 bills to supermarkets to buy money orders. When they are able to open bank accounts — often under false pretenses — many have taken to storing money in Tupperware containers filled with air fresheners to mask the smell of marijuana.

So what does this have to do with macroeconomics?  Currency held outside the banking system reduces the money multiplier and, all else equal, leads to a lower quantity of money in the economy.

Oh dear, will this cause another economic contraction? No.

Kovaleski reports that the legal marijuana industry expects revenues of $3 billion this year. And, while that is a lot of cash, it is very, VERY small in comparison to the U.S. money supply, which is currently around $11 trillion (M2).  The money supply might fall (see chapter 17 in our macro text), but not by nearly enough to affect the overall economy.

Posted at 04:52 PM in Monetary Policy, Money and the Federal Reserve | Permalink 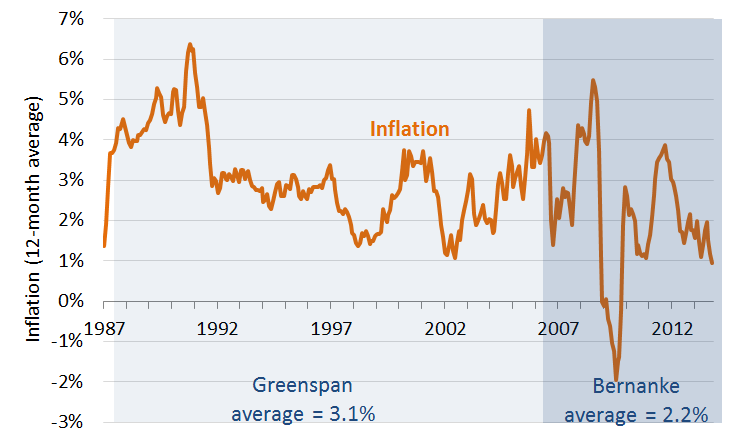 Wait, this is bad news?

The jobs report released last Friday by the BLS reported a drop in the unemployment rate in December from 7% to 6.7%.  The decline is pictured below. 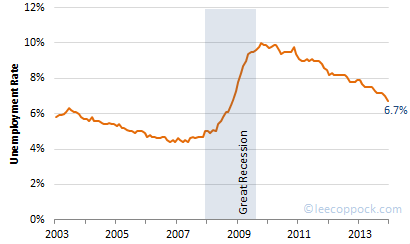 Sounds like really great news, right?  After all, the unemployment rate hasn't been this low in five years!

Still, here are the reactionary headlines in the financial news media:

The financial media got this one right.  Overall, the jobs report brought very bad news.  To understand why, we need to dig a little deeper into the report and reiterate how the unemployment rate is calculated.

First, let's look at another statistic: new jobs created.  Over the past four years, the U.S. economy has added about 130,000 jobs per month.  In December, the number was just 74,000 (see figure below).  This is particularly concerning in an economy that is still recovery from a tough recession. 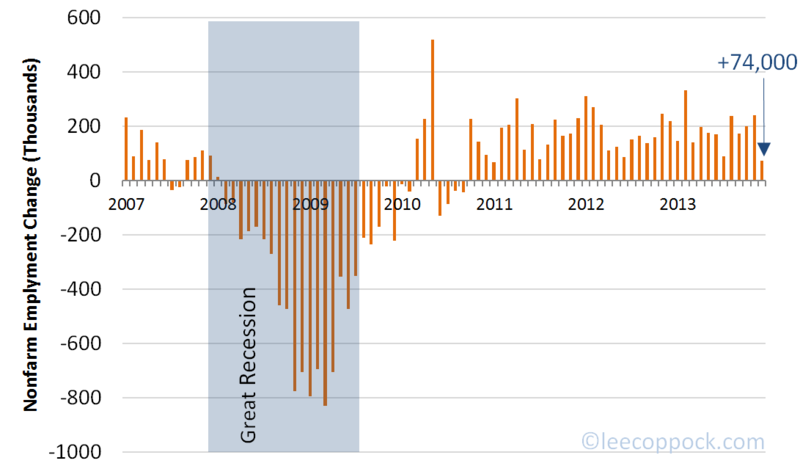 So this is certainly not a positive economic report.  On the other hand, it is only one report and these numbers are difficult to estimate accurately every single month.  Let's hope this month looks significantly better.

Summing up the December jobs report:

Posted at 05:10 PM in Unemployment | Permalink