Home Archives
Shanghai, Before and After

Today, the Bureau of Economic Analysis released the third and final GDP estimate for the first quarter of 2013.  The estimate of real GDP growth is 1.78%, which is positive. However, it is still well below the 3% historical average (based on the past 50 years).

The first figure below shows the quarterly growth rates for real GDP since 2003.  Since the Great Recession, real GDP growth rates have been relatively low, especially considering the economy is technically in recovery mode. 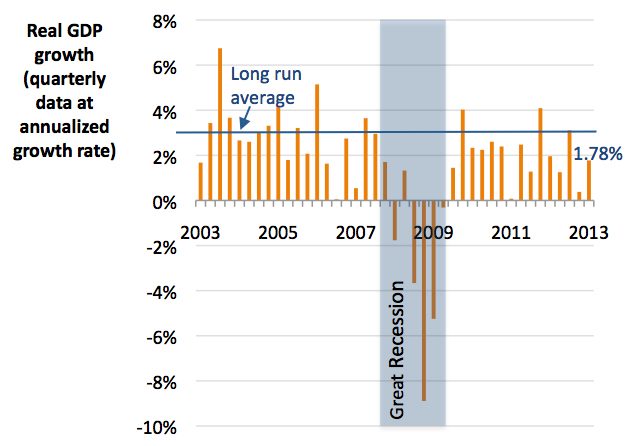 Given these low growth rates, the economy continues to lag behind the long run trend it followed prior to the Great Recession.  The figure below, which shows real GDP since 1993, highlights this difference. 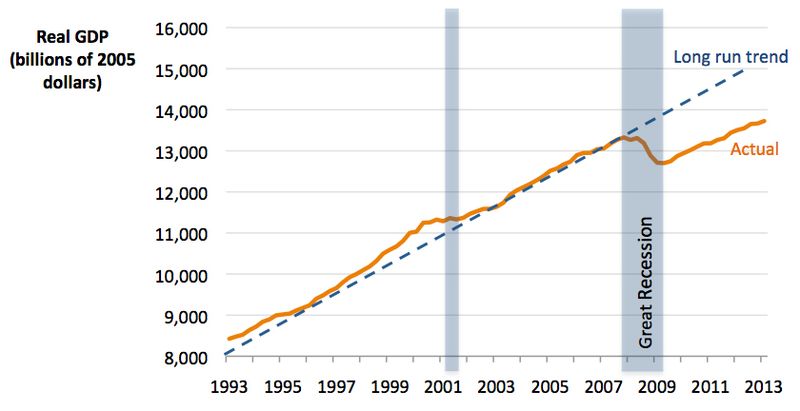 2.) This is well below the 3% historical average.

3.) The economic recovery from the Great Recession continues to be underwhelming.

Data for these graphics can be downloaded here.